Drawstring Backpack-Sewn by my 8 year old 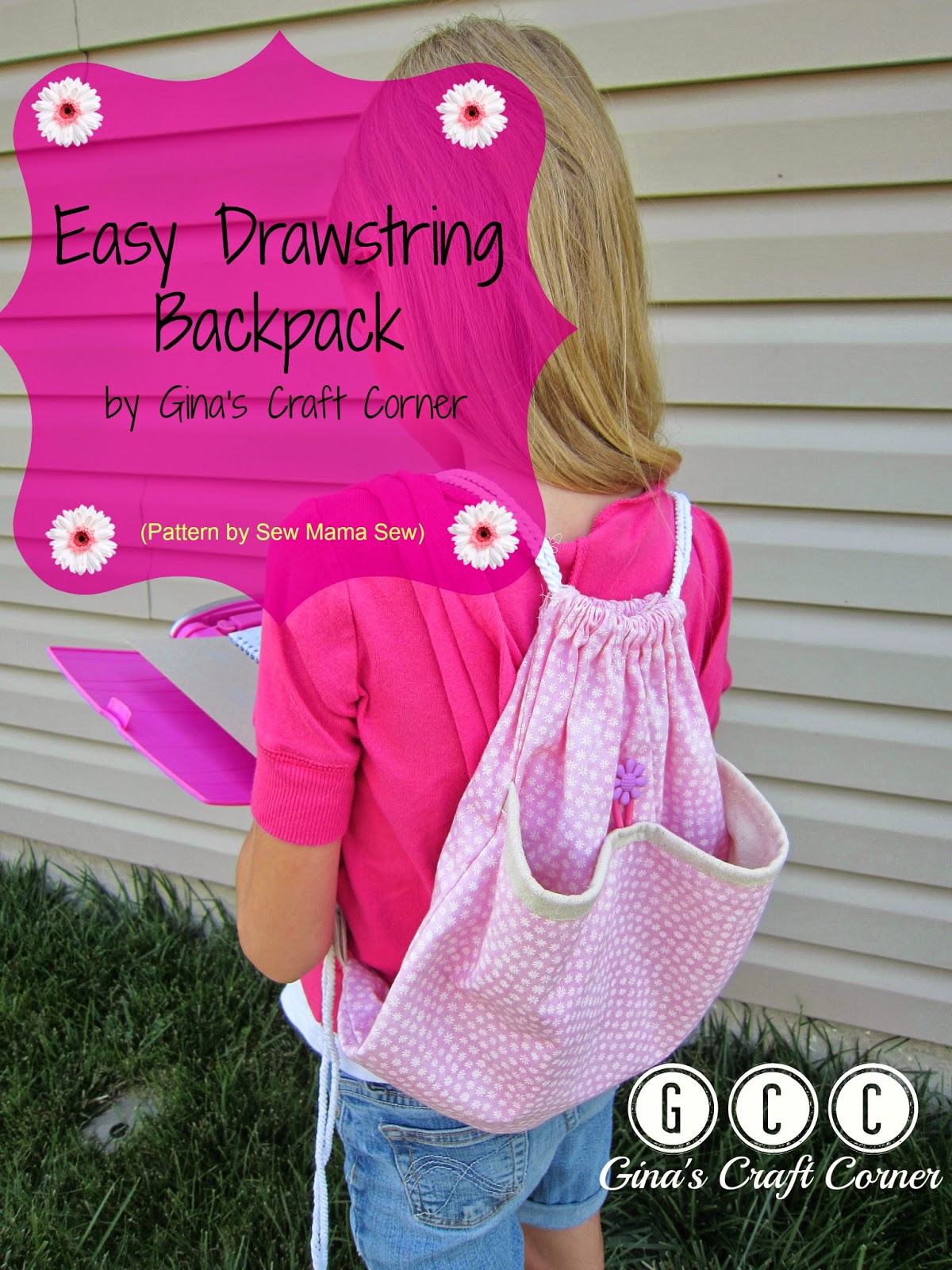 My daughter has been interested in learning to sew for a while now.  I have dropped the ball when it comes to actually making time to teach her.  However, when a friend recently asked if I would give a little sewing lesson to her grandaughter, I thought this would be a great opportunity to teach the project to my daughter first.  She was so excited to sew with me (even more guilt set in!).

A great 'first' sewing project is a drawstring backpack.  After searching the internet for an easy tutorial (and there are many) I finally settled on the tutorial by Sew Mama Sew. 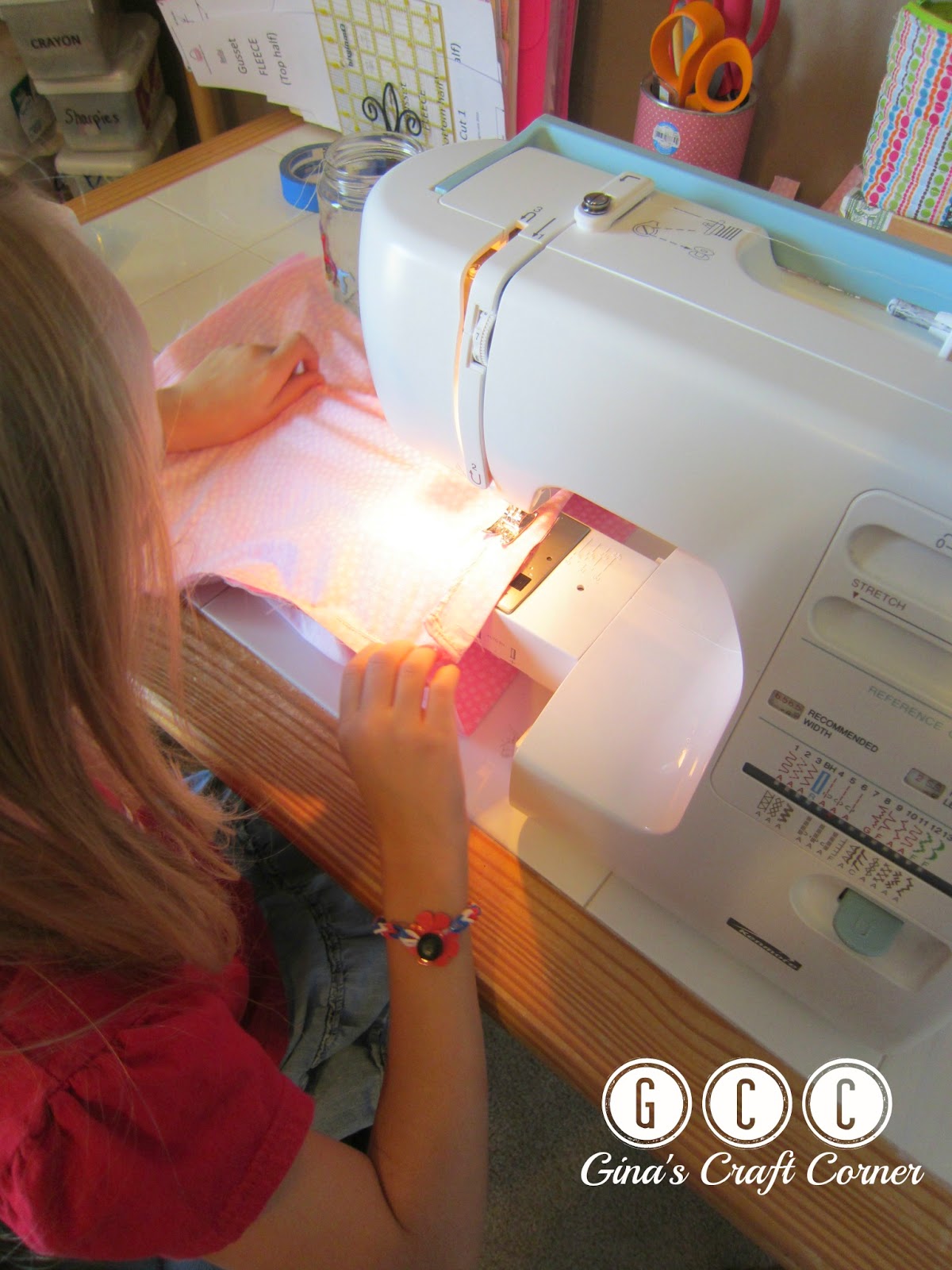 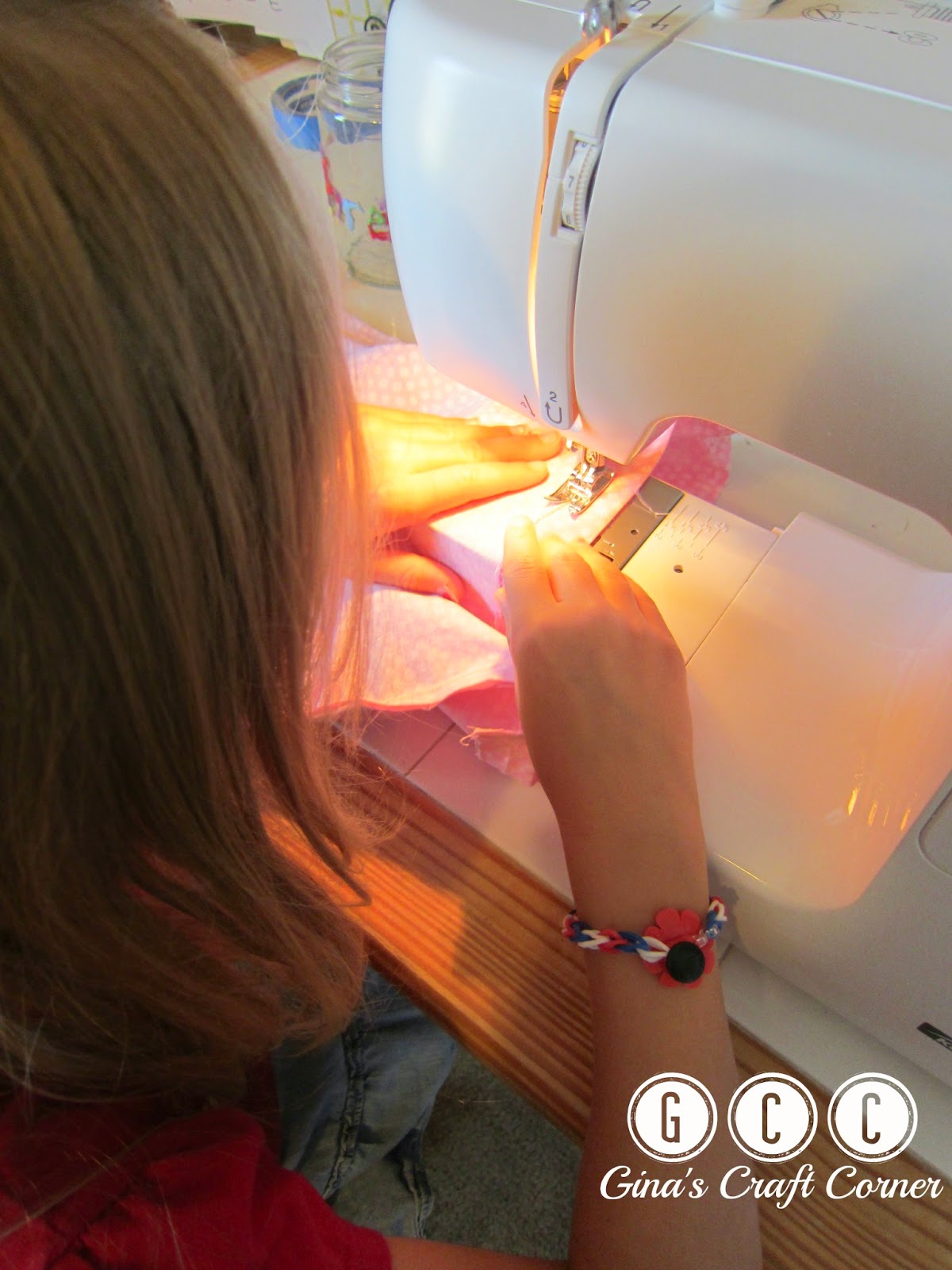 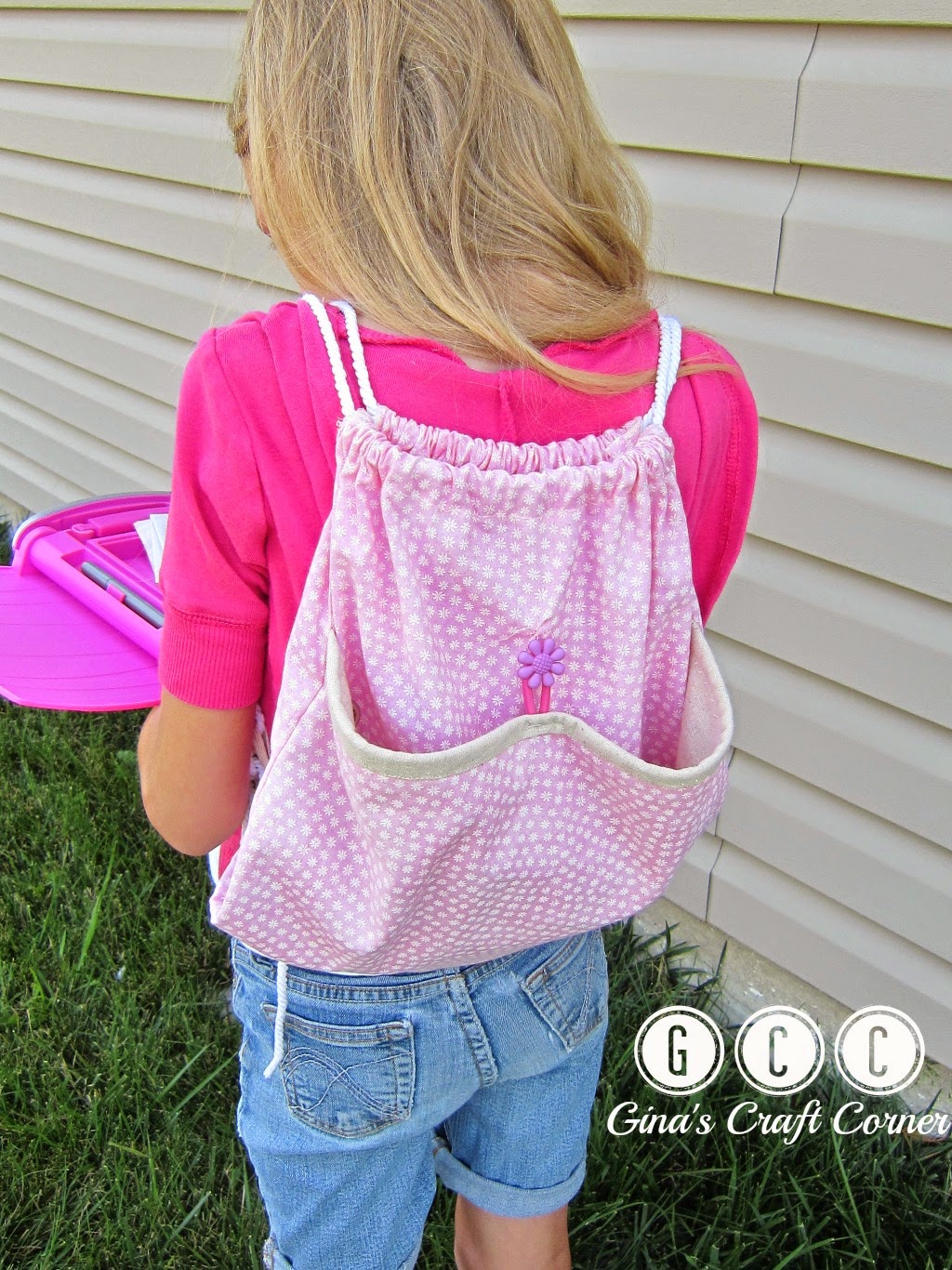 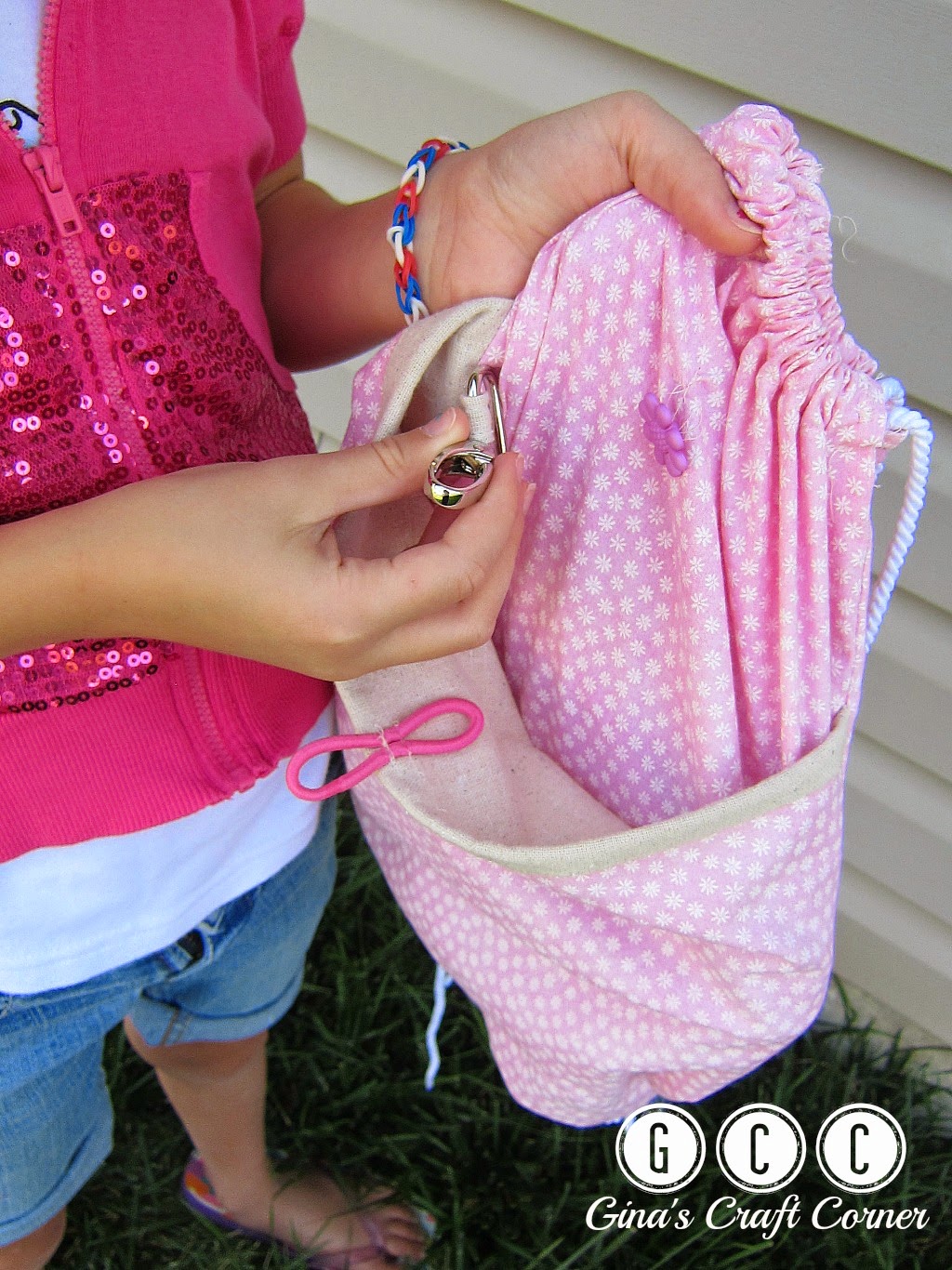 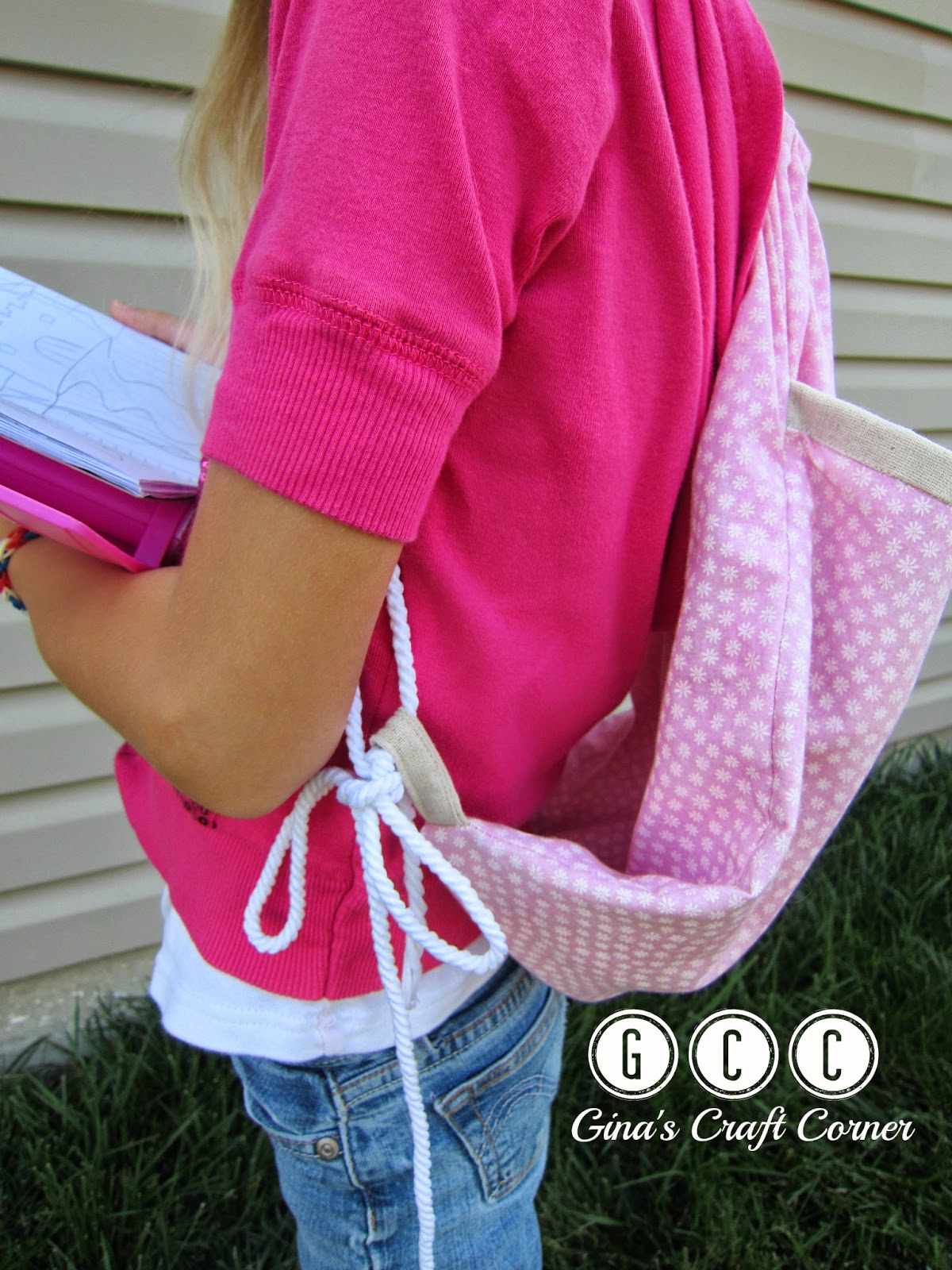 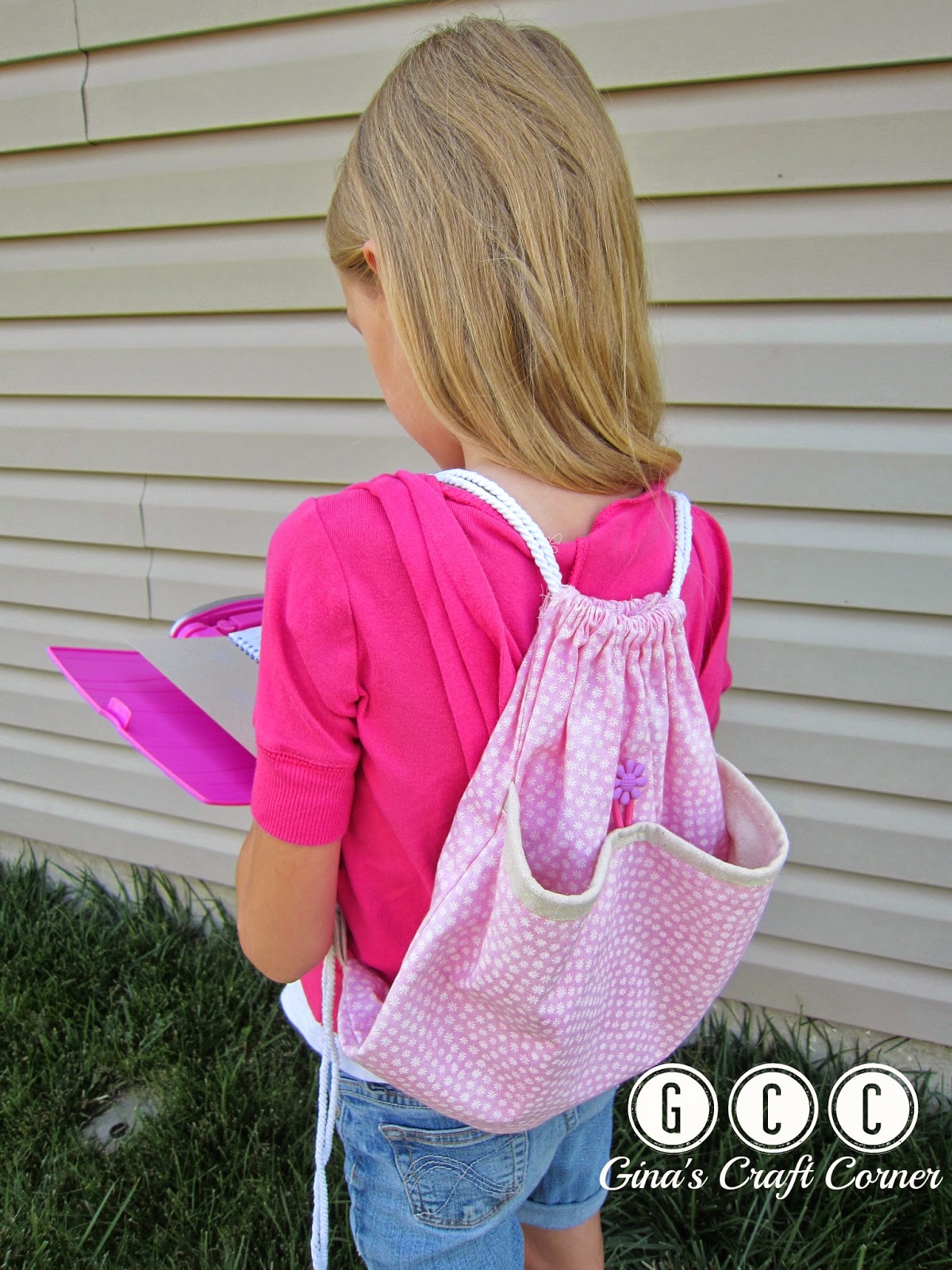 She had a blast and so did I.  This is a great quick sew.  It only took us a couple hours.  She LOVES her new bag, but most of all she loves that SHE made it all by herself! :)  Can't beat that.

Thanks for stopping by!

Check out my LINKY PARTY DIRECTORY to see where I'll be linking up this week!

(UPDATE!! : After making this bag 2x  now, I have realized that there is an error in the Sew Mama Sew Instructions.  In the section titled, "Main Bag Assembly", steps 2 and 4 are switched.  The picture is actually correct, but the instructions are wrong.  The instructions say to place the main piece down, then the loops and then the pocket.  If you do this, the loops will be tucked inside the pocket.  The student I was working with today just kept it that way and had her pocket linking on the outside instead of tucked in.  Thankfully, she was easy to please.  So, just wanted to make you aware of that before you started to make the pattern.  Someone else noticed the error and left a comment about it, but I did not see where I could comment.  I'll try to reach her so it can be fixed) 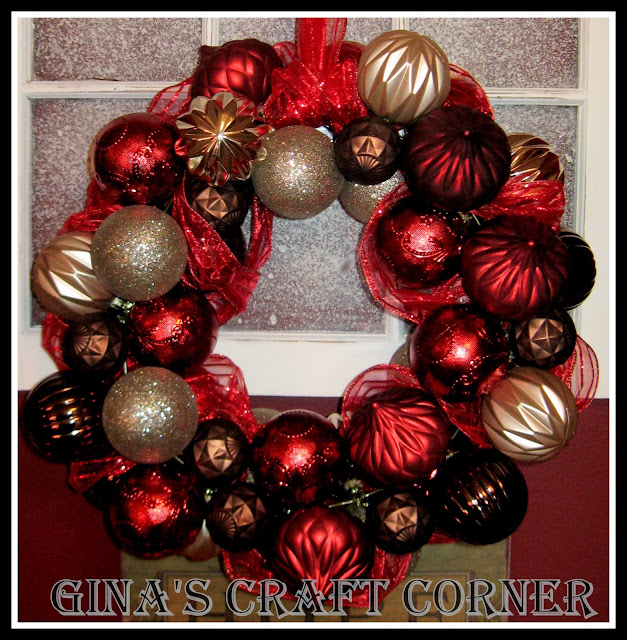 How to Make a Christmas Ball Wreath with a Coat Hanger 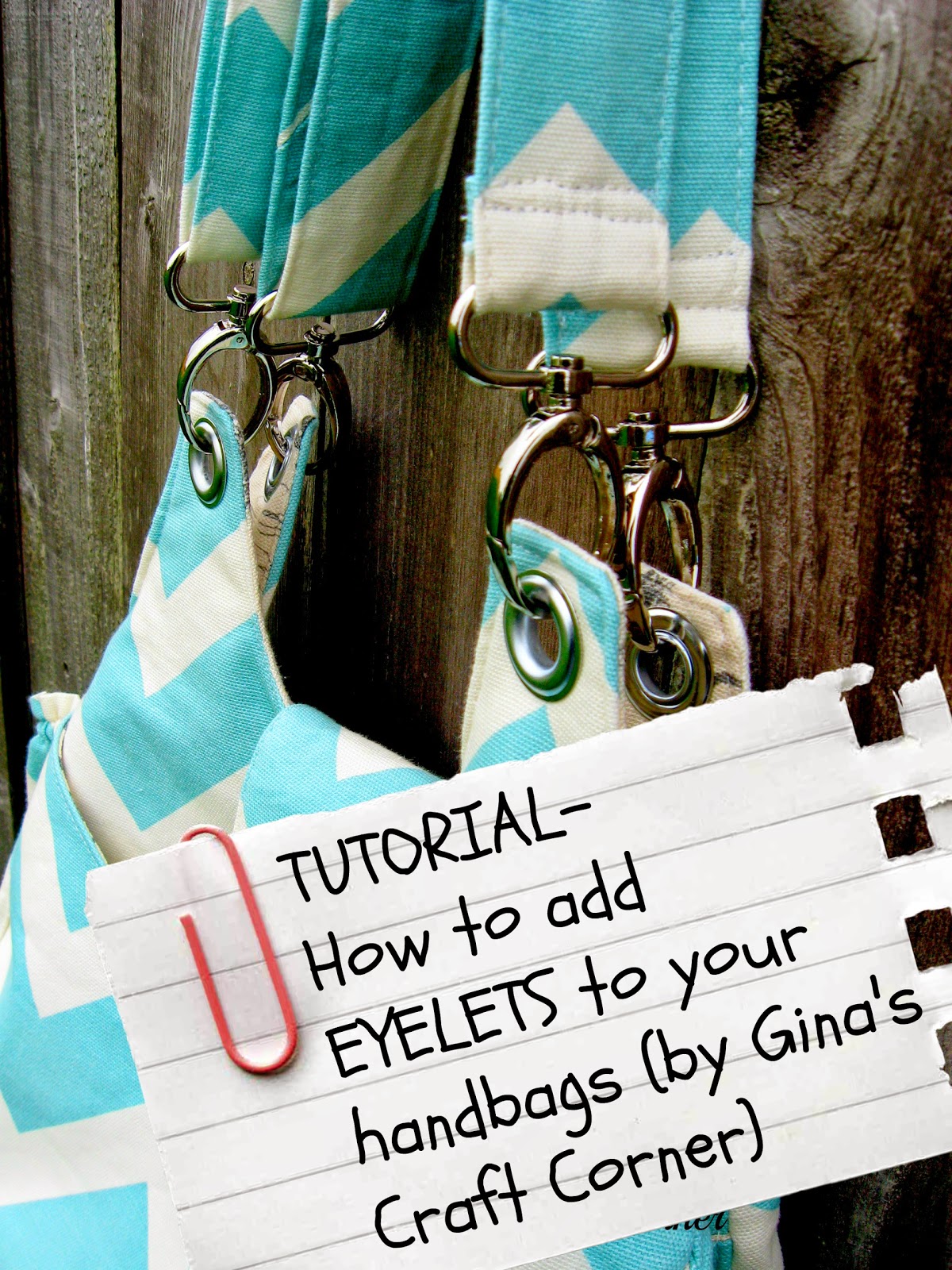 How to Add Eyelets to Your Handbags

Welcome to GCC
This blog originated in May 2013 as a way to track my progress as I dove into the world of sewing. Now, seven years later, I am ready to use this blog to help showcase my successful handmade purse business, AKA Gina's Concealed Carry. Growing up my mom would see something in the store and say, "Oh...we can make that!" Now I can say for myself, "I can make that and so can you!" So whether you are a customer who is interested in purchasing a GCC Custom Purse or are looking for a sewing tutorial to help you in your own sewing endeavors, my hope is that you will find a home here. Blessings, Gina